We want our to have many buck like the star, so we went to starbuck.What the hell am i saying?Excuse me~

Woke up a little bit late today only to find my little brother is getting ready to go to work.The anxiety to play bowling erupt suddenly, and my phone rang.Oh It’s Pokko asking where am i.Well im on my way to the alley.Care to join?Since the twins call, i ask them to join me in the little exercise call, throwing the ball and make the pin fall.Guess im not being myself since the discovery of Peter.Put trust in Peter and he will put his trust to you.Well, cut the thing short, upon arrival at the Shopping complex we met PA an.Seems like the lanes are full, we decided to grab something to eat.We talk a ot about life and gaming.Seems like his 360 got the awful three ring of death.Pity you paan, hope it could be repaired.

The first game was a disaster to me.142?can you imagine?well im not that god you know.Hit 203 on the second game and 213 on the third.Seems like im the best among the worst ngeh~After the game we went to starbuck to get ourselves a nice caramel afogato.Well seems like the drinks is popular since our table only order those addictive drinks which was consider as &quot;air taiko&quot;by or beloved brother Pokko.Naz and Duta arrive an hour later and we discussed about the current project.

After the meeting was adjourned, i went to IM to send those two to back where they belong Eceh~ We or more likely I decided to go to Padi for kerang time.It’s dangerous to eat so many kerang&quot;said Abg.Well, a 500 gram of kerang couldn’t hurt right?We just talking nonsense all over the restaurant and it was almost 2 o clock in the morning.Early day tomorrow for both of the  twin, so it’s time to go home.It was raining heavily and i wish i was in the blanket on my bed sleeping like a bear.Do i look like a bear to you?Part comel like a bear kot hehehe 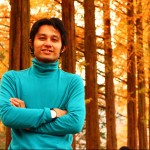 Radin FadliFriends, video12/05/2009
So today,(Monday to be exact)…i awoke around noon,get ready for the important meeting with the jinxcrew member.At the said time i met up with them at starbuck Megamall, we are having difficulties to discuss since the server is down.Nazz came …
END_OF_DOCUMENT_TOKEN_TO_BE_REPLACED 7