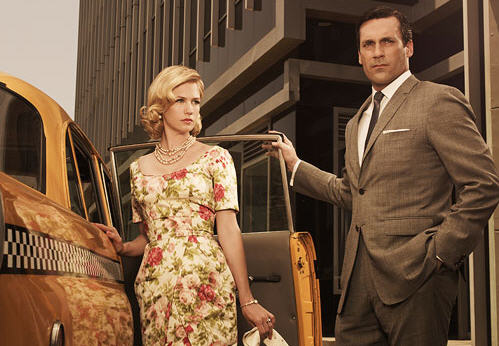 OUR ways to show you L Oo LoO V E

It’s a cliche for a reason…men aren’t always best at showing how they feel, even when they’re head over heels. Here, 10 ways that men show you their love

Emotional intimacy isn’t easy for anyone, so if he’s baring his soul to you, it’s not because he likes hearing himself talk…alright, not just because he likes hearing himself talk.
2. He Does the Dirty Work
Taking out the garbage and scrubbing the bathroom floor may not seem romantic, but it can be his way of showing you he cares: by helping you out and trying to make your life easier. He’s not ironing your work pants because he likes to; he’s doing it because he wants to make you happy.
3. He Asks for Your Help
Whether he wants your input on a blowout with his boss, or asks you to tag along and help him pick out a birthday present for his mom, he’s asking for your opinion because he respects you and cares what you think, a sure sign he’s smitten.
4. He Loves PDA
Alright, sometimes you can do without his groping in the cereal aisle at the supermarket, but take it as a compliment that he can’t keep his hands off you. He’s proud to call you his and to show you off, and sometimes there’s no better way to show his appreciation than to give you a little squeeze!
5. He Chooses the Perfect Gift
Don’t worry if his gifts are duds, but if he consistently hits it out of the park with his present shopping skills, take it as a compliment: he’s not only a good listener, he’s also thoughtful…and willing to spend hours searching for exactly the right thing.
6. He Introduces You to His Family
You can bet that as soon as he introduces a girlfriend to his mother, she’ll be on his case about grandchildren. So if he’s getting the two of you together, he knows what he’s getting himself into and that there might be a future with you.
7. He Makes You Part of His Inner Circle
Folding you into his circle is more than just introducing you to his friends. A man who’s gaga over you and can see a future will make an effort to make you part of his life. If he’s scheduling standing double dates with his coupled friends and inviting you to his weekly drinking night with his friends, he wants you to stick around for a while.
8. He Makes Himself a Part of Your Life
If he’s joining you for your boring Sunday morning errands and cuddling up on the couch with you with your and your roomies for Gossip Girl every week, he’s in it for the long haul.